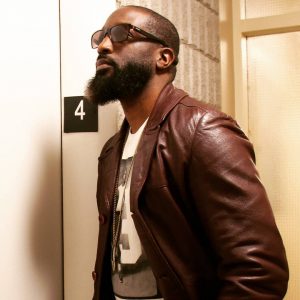 Known for his soulful, passionate voice Ray Robinson has been enticing listeners for the past 10 years.

His musical expertise extends beyond his singing capabilities; he is a producer and songwriter and an established leader in the music community.

Outside of his musical talents, Ray’s interests extend to community work. It is his belief that we as a society can grow and change if we look outside our door and help our fellow neighbour.

In 2004 Ray released his first album entitled “What it is” which garnered Canadian and the U.K. hits such as Be The One, Missed Your Chance and Girlfriend. Winning numerous awards affirmed his spot in Canadian R&B and soul music. Despite the success in the R&B industry, Ray felt that there was a void.

After searching his soul and time spent in prayer, Ray realized that the missing void was one only God could fill. At that time he abruptly ended recording what would be his second R&B album, to focus on the work God impressed on his heart. The new album Do You Hear Me, is a testimony in conversation with God that will take the listener through the transition of questioning and doubt to praise and servitude. All songs were written and produced by Ray and showcase his musical influences to date.

It is Ray’s hope that his music opens doors that will allow him to serve the community with all that he is.