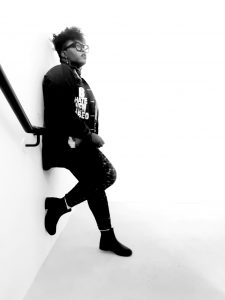 Innovating, creative, bonafide, devoted and inspiring. These are just a few words that describe Black Orchid.

Born and raised in Toronto, Black Orchid is no foreigner to music. Coming from a strong musical upbringing, her first exposure to music was with her father who sang and wrote music. This inspiring influence help craft Black Orchid’s long indomitable dream and by the age of 14, she started writing her own songs inside the four walls of her bedroom.

Her passion and talent for songwriting expanded her to the keyboard and other musical instruments and by 2004 she started crafting and creating her own beats and melodies. Black Orchid loves all types of music whether it be R&B, Hip hop, Reggae, Dancehall or even house music, music has no barricade for Black Orchid and it shows in her hard committed work.

She has worked with artists in different genres of music, most notably Toronto reggae artist Chelsea Stewart’s EP Genesis which earned her a Juno Award nomination and Stewart’s recent debut self-titled album, which she co-wrote 3 songs.

Black Orchid is also the Sample Curator of That’s A Dope Sample on Instagram and Facebook, and aims to teach people about the art of sampling.