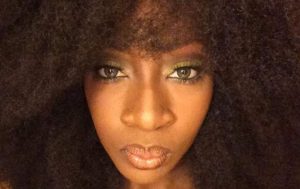 After graduating she went on to start her music career as a session vocalist working with then Sony producer Reese Johnson. Soon after Bléz joined her first band and began her journey as a gigging vocalist around DC, MD and VA.

Now, Bléz has stepped out as a solo act with an amazing unit to perform her songs from her debut album Love, Life, Emotion The Experience Vol.1. “This album represents so much for me. It’s something I didn’t know I had in me to do. I wrote every song with the exception of the 2 covers. I also produced, co-produced, arranged and composed on this record. It’s amazing what you can do when you put your whole heart into something. I’m so proud of this album and I hope the listener enjoys it as much as I did making it!”