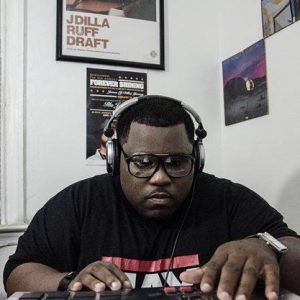 A native of Baltimore, JSOUL truly defines the meaning of being a singer, beat maker, writer and producer.

As a triple threat, his sound captures the very essence of soul and hip hop that has been absent in today’s music. Taking his cues from Soul Masters past and present has inspired him to create quality music of inspiration, pain, pleasure, life, and love with a style that emanates eclectic, funk-da-fied soul.

His albums are a culmination of his last 13 years in this industry as an indie soul artist. It’s with that momentum he steps into the full roll of Producer and draws from the experiences in love gained & lost, triumphs, and failures new and old. Creating a sound that is familiar to true school soul music lovers and real hip hop listeners.

He began writing and creating music at the age of 20 with musicians who served as pillars in the Baltimore music scene and crafting what would be his signature sound. Performing live would serve as the foundation for his musical journey.

In 2013 He released his first Instrumental project “Blue Symphony” as a part of a hip-hop based production series. “Being a visual artist as well I believe that Sound is just colour in the sonic form, so every production represents a different vibe and paints a different picture and I named the projects according to the colour I saw while making it” – JSouL

“Blame It On The Music” (2016) A collaboration ep with Hip Hop legend Wordsworth of the EMC crew, who’s worked with the likes of Blackstar, A.T.C.Q. Masta Ace & More. The album was critically acclaimed garnishing praise from Chuck D & Being Featured by Dj Premiere. The song “Satellite” charted the college hip hop charts at #1 for several weeks.

“For The Summer” (2018) Was a soulful summer beat tape laced with colourful warm samples and driven by boom bap production. It was also met with high critical acclaim.

“Element of Light” feat Deborah Bond from The Neutronic Suite