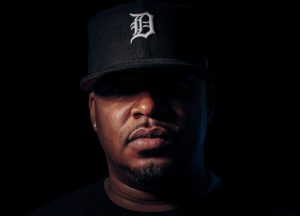 Influenced by a wide range of music genres introduced to him at an early age, Zo! utilizes multiple layers of thick instrumentation to shape his compositions, as demonstrated on his solo albums.

While touring his own material regularly, Zo! can also be seen on stage as the keyboardist and Musical Director for GRAMMY-nominated duo, The Foreign Exchange. In 2014, he completed music work for the Adult Swim animated series, Black Dynamite. Zo! co-produced The Foreign Exchange’s 2015 release, Tales From The Land Of Milk and Honey.

His SkyBreak album was released in 2016 along with its accompanying behind-the-scenes, two-time award-winning documentary, Making SkyBreak (2017). Zo! then began expanding his musical repertoire to include film scoring, completing full scores for two documentaries: Black, White & Blue (2018) and the Northwestern University commissioned, The Takeover (2018). Along with production partner, Phonte (of The Foreign Exchange) Zo! helped to compose music for the IFC sketch-comedy series, Sherman’s Showcase (2019).

In August of 2019, Zo! released FourFront his fourth compilation-style album on the +FE Music imprint. He continues to emphasize the usage of live instrumentation and raw emotion as the blueprint for his music while continuing to expand his sound with each album release.

Check out On The Four featuring Carmen Rodgers from Zo!’s latest album FourFront